All ages, continents and communities are affected by diabetes

Diabetes is influenced by a complex interaction of behavioural, genetic and socioeconomic factors, many of which are outside our individual control.

This generates a growing human impact and will also drive a serious and expanding strain on productivity and economic growth in the coming decades.

In 2019, the estimated number of people over 65 years of age with diabetes is 111 million. One in five adults in this age group is estimated to have diabetes

It is projected that by 2030 the number of people over 65 with diabetes will further increase to 195 million. By 2045, it will reach 276 million. These data point to substantial increases in the diabetes population of ageing societies in the next 25 years, as well as the inevitable public health and economic challenges this will bring.

The IDF Africa (AFR) Region has the lowest age-adjusted prevalence in 2019, 2030 and 2045 (4.7%, 5.1% and 5.2%), which can be partly attributed to lower levels of urbanisation, under-nutrition and lower levels of overweight and obesity. However, the number of people with diabetes in this Region is expected to increase in 143% by 2045 – the largest percentage increase of all regions over that period. 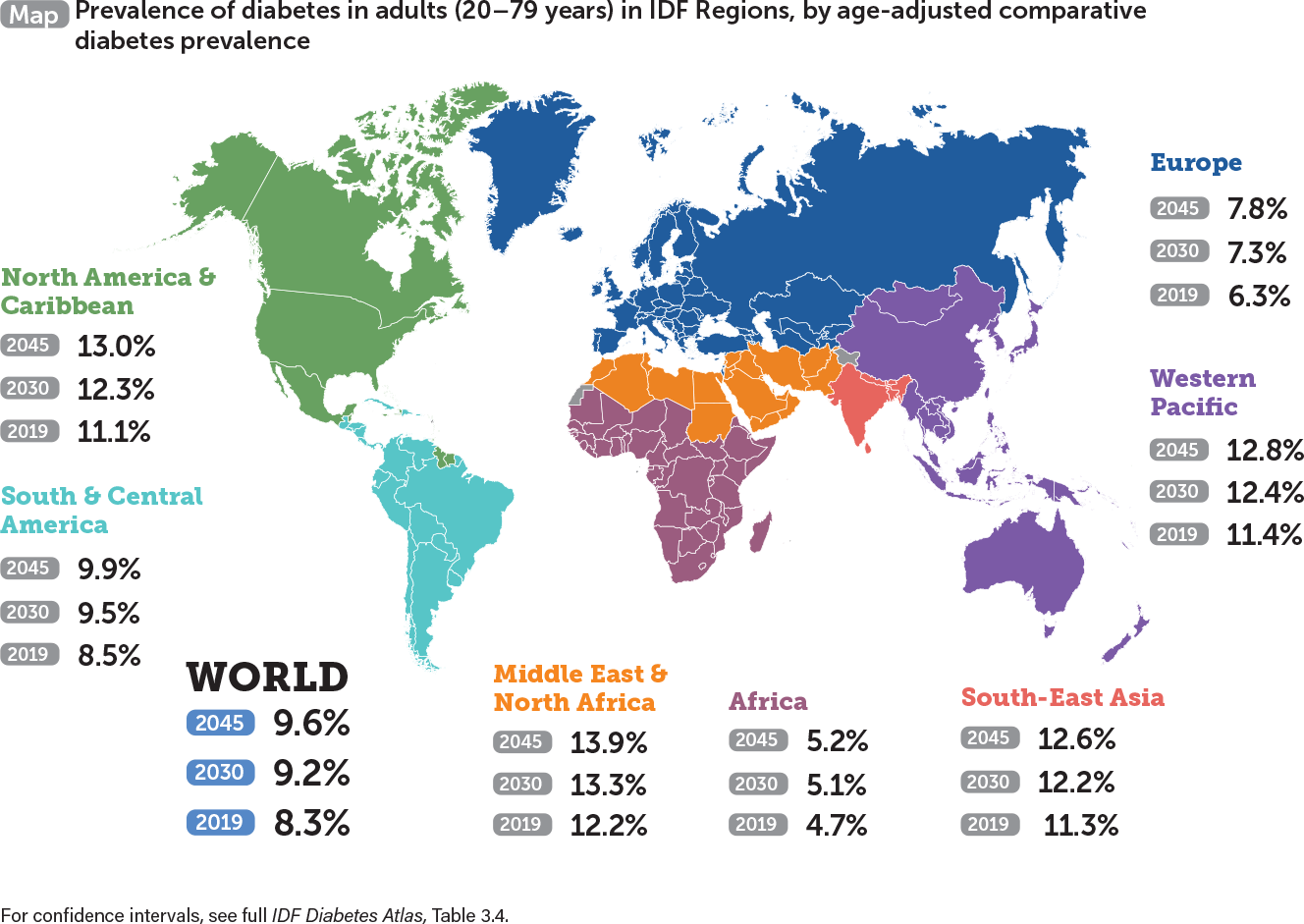 Countries with the highest numbers of people with diabetes

In 2019, the countries with the largest numbers of adults with diabetes are China, India and the United States of America, and are anticipated to remain so until 2030. 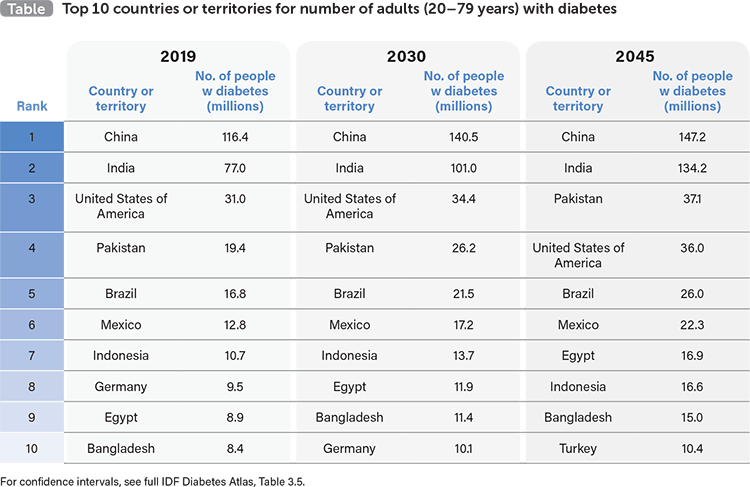 It is projected that the number of people with diabetes in Pakistan will exceed that in the United States of America by 2045, moving the country to third place.

The Region with the highest estimated number of diabetes-related adult deaths is the IDF Western Pacific (WP) Region, where 1.3 million deaths are due to diabetes each year. This is followed by the IDF South-East Asia (SEA) Region, with 1.2 million deaths. The Region with the lowest number of diabetes-related deaths is the IDF South and Central America (SACA) Region (0.2 million).

Over the next 25 years, diabetes prevalence is expected to increase in all countries, with the greatest increase expected in middle-income countries

Inequalities in access to quality healthcare persist, particularly in low- and -middle-income countries. Diabetes is often undiagnosed or inadequately treated, with people unable to access the essential medicines and devices they need.

Diabetes did not attract much political attention in the past, but this has improved in the last 15 years with the adoption of several international commitments.

As a diabetes advocate, you need to bring the international commitments to the national sphere, by using them to underpin your requests to governments. If you see that your country's progress towards the objectives is insufficient, hold your government accountable by requesting stronger and more effective actions to address the existing gaps.